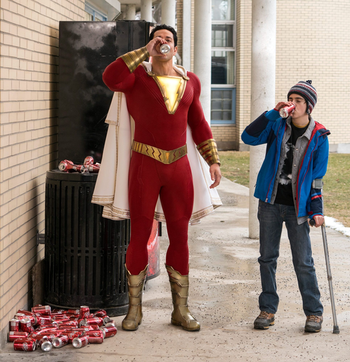 We recommend store-brand cola or Dr Pepper, but Bärs brand beer would also work for those of legal drinking age, even though it tastes like literal vomit.