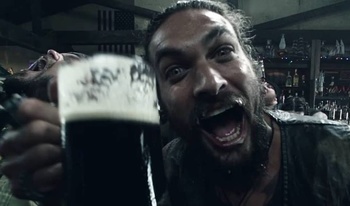 How is it that I can breathe underwater but you can still drink me under the table?
Arthur Curry, to his father Thomas

When the hero of your movie gets multiple Establishing Character Moments in bars, you need a Drinking Game.