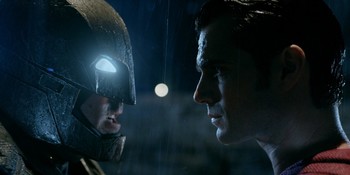 The ultimate showdown between two of the greatest superheroes.
Advertisement: