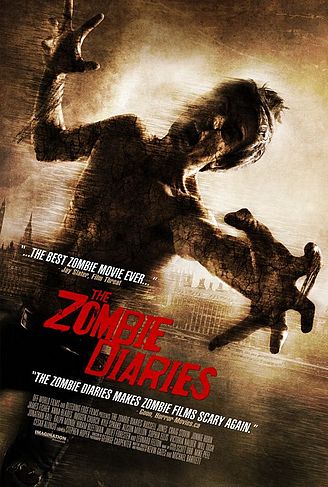 Three separate but interlocking stories of survival by unlikely people from London in the middle of a Zombie Apocalypse happening around the world.

The Zombie Diaries is a low-budget independent film by Kevin Gates and Michael Bartlett. The film uses a documentary style of storytelling, the footage being shot on handheld cameras with unpolished dialogue to give it a realistic feeling. The overall quality of the film and the work that went into it has led some to compare it to The Evil Dead.

The Zombie Diaries include examples of: