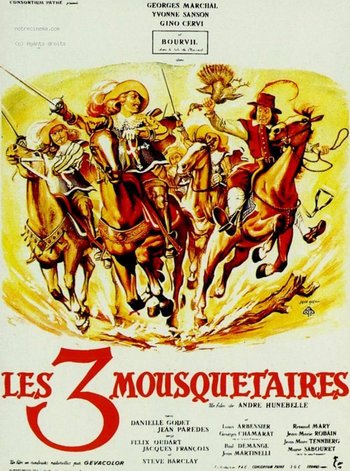 Les Trois Mousquetaires (The Three Musketeers) is a 1953 French swashbuckler film directed by André Hunebelle (Le Bossu, Le Capitan) and based, of course, on The Three Musketeers by Alexandre Dumas. The script was written by Michel Audiard.