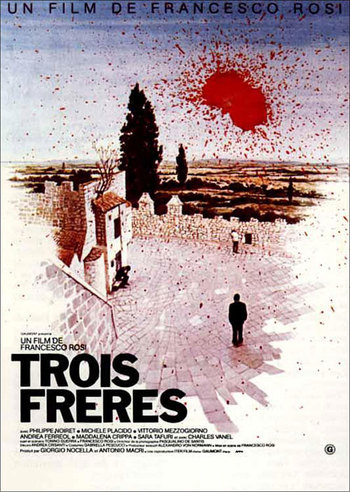 Three Brothers is a 1981 film from Italy, directed and co-written by Francesco Rosi.

The Giuranna family comes from southern Italy. Family matriarch Giovanna passes away. Donato, her husband, sends telegrams to his three sons summoning them back home to the funeral. Each son is in turn having a moment of personal crisis. The three sons are:

Also arriving at the family farm is Nicola's little daughter, Marta, who bonds with her grandfather.