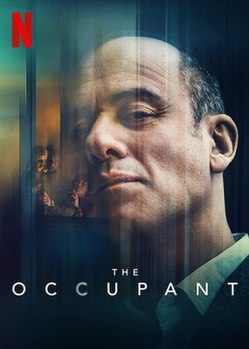 The Occupant (Spanish title Hogar) is a 2020 Spanish Thriller written and directed by David Pastor and Àlex Pastor following an out-of-work advertising exec, Javier Muñoz (played by Javier Gutiérrez) who is forced to give up his lavish apartment in the city. Not long after that, he learns that a new family has moved into his old apartment, and he decides to get revenge on them for that.