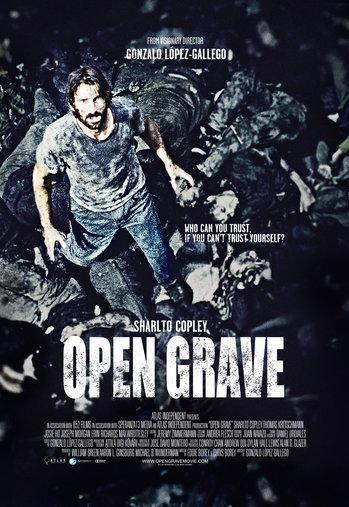 A man wakes up in the wilderness, in a pit full of dead bodies, with no memory and must determine if the murderer is one of the strangers who rescued him, or if he himself is the killer.

Not to be confused with the 2009 film Open Graves.