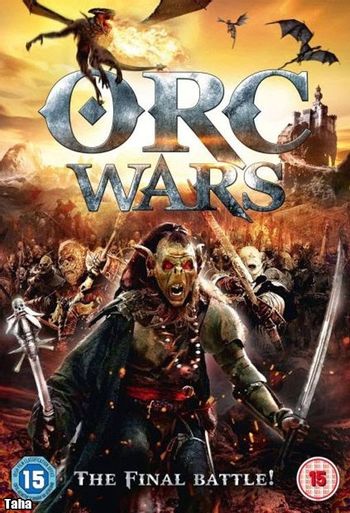 Orc Wars (known in the USA as Dragonfyre: The Worldsgate Sentinel) is a 2013 Sci-Fantasy film by production company Arrowstorm Entertainment. A tribe of orcs is forced by an evil sorceress to hunt down an Elf Princess to be used in a human sacrifice. However, she escapes through a "worldsgate" into another world- Earth. There, she meets John Norton, an American soldier who bought the land where the gate opened into precisely to be alone (he appears to suffer from PTSD from being the only survivor of his combat unit.) It turns out he is the gate's chosen sentinel, and ends up forced to protect the princess.