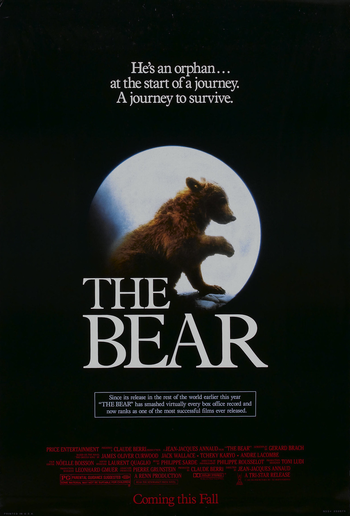 The Bear, (also known as L'Ours) is a 1988 adventure film directed by Jean-Jacques Annaud (who would years later do Two Brothers). It is adapted from the novel The Grizzly King.
Advertisement:

After his mother is killed in a freak accident, an orphan bear cub hooks up with a wounded Kodiak bear as they try to dodge human hunters.

Not to be confused with Bear, which is a direct-to-video horror film that also features bears, or with The Bear, a well-known gay archetype.