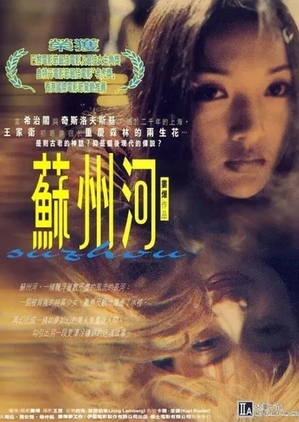 Find Me if you Love Me.

A delivery driver, Mardar, is sometimes hired by a rich man to deliver his daughter, Moudan, to her aunt's house. Over the course of a few years, a relationship develops between the two. Unfortunately, Mardar also has obligations to a criminal organization, and is hired to hold Moudan for ransom. After the bill is paid, Moudan flies into a rage and runs away while Mardar chases her, eventually cumulating in her jumping off a bridge, presumably to her death. Mardar is sent to jail for a few years. When he gets out, he begins searching for Moudan, whom he is convinced is not actually dead. Two more characters get involved in this tragic story: Meimei, a girl who looks exactly like Moudan, and Meimei's boyfriend, the unnamed, unseen narrator.

A smash critical success at the time of its release, many critics compared the twisting, fractured narrative and the gritty, urban decay feel of the city setting to films by Alfred Hitchcock and Wong Kar-Wai, particularly Vertigo and Chungking Express. It won multiple awards at many international film festivals, although Ye was banned from filmmaking by the Chinese government for two years after the film's release due to him screening it without proper permission. It is now authorized in China.