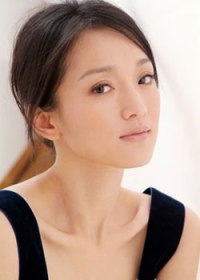 Zhou Xun (born 18 October 1974 in Quzhou, China) is a Chinese actress who has played in a wide range of movies from art-house to Wuxia.
Advertisement:

Although her first supporting roles date from the early 1990s, international recognition only came with her lead role in Lou Ye's Suzhou River in 2000. She has also played in The Emperor and the Assassin, Balzac and the Little Chinese Seamstress, Beijing Bicycle, Perhaps Love, The Banquet, Painted Skin and other films.

She made her Hollywood debut with a supporting role in Cloud Atlas.

Zhou married Chinese-American actor Archie Kao on July 16, 2014. They announced their divorce on December 23, 2020, after years of rumors that they had already been divorced due to little interaction with each other in public and in private postings.