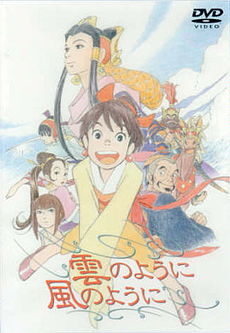 Ginga is a simple—yet energetic—country girl, living with her father far from the capital city of the empire in ancient China. When she learns of an opportunity to become a concubine of the young new Emperor, with the possibility of getting a regular food supply in the bargain, Ginga convinces her father to let her go. Once there, she meets all of the other potential head wives, each of whom have various reasons for being there. All of them must learn to read and write, learn the history of their country, and learn the proper mannerisms for being in the royal court.

Ginga's enthusiasm tends to get her in trouble more often than not, but it works to her advantage when they learn that the former emperor's head wife, who is not the mother of the current emperor, is plotting treachery against the new emperor, and that a rebellion is headed toward the capital.