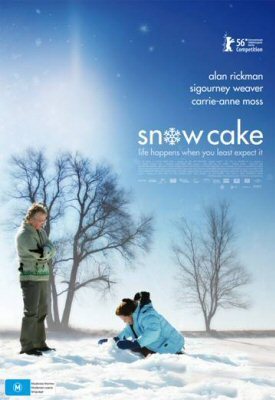 While driving from Ontario to Winnipeg, ex-con and drifter Alex Hughes picks up a 19-year-old hitchhiker named Vivienne, who is heading to Wawa. On the way, Alex's car is hit by a semi and Vivienne is killed. Wracked with guilt, he decides to visit her mother and apologize. What he doesn't realize is Vivienne's mother, Linda, is autistic.

It's extremely different from that other movie about autism and might actually be better. Starring Alan Rickman, Sigourney Weaver, Emily Hampshire and Carrie-Anne Moss.