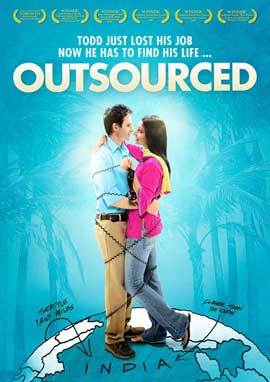 Todd Hamilton is a call center manager for a large American novelty company. He's good at his job and feeling optimistic about his prospects, but his life is thrown into chaos when his bosses find out how much they can save by outsourcing the entire center to a small town in India. His job in Seattle no longer exists, so Todd is given a simple ultimatum: he can move to India, or be fired.

Todd arrives in his new office to find that managing an Indian call center is about more than people skills; the operators know next to nothing about American culture, and the products they're trying to sell - to Americans - are largely alien to them. Hilarity Ensues.

Along the way, "Mister Toad" (the accent is a problem) meets a beautiful woman named Asha, and begins slowly falling in love with the culture of his new home. D'awww.

It was loosely adapted into an NBC sitcom of the same name that ran from September 23, 2010 to May 12, 2011. It ran for 1 season of 22 episodes before being cancelled despite a campaign by fans to save the show.