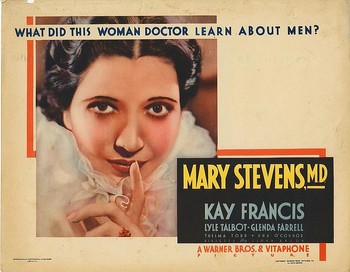 Mary (Francis) and Don (Talbot) have made it through childhood up until med school together. Mary is quite content with the hard but rewarding work while Don chafes at the mundane 9 to 5. Realizing that he wants comfort and ease, Don is whisked into a marriage with a socialite with a political father, not realizing Mary’s quiet crush and continual concern for his reckless behaviour.

Mary says enough and enough, and she cuts ties with Don, but a year passes and her love for him is far from faded. A chance encounter bubbles romance between them, but the consequences that follow will haunt Mary forever.