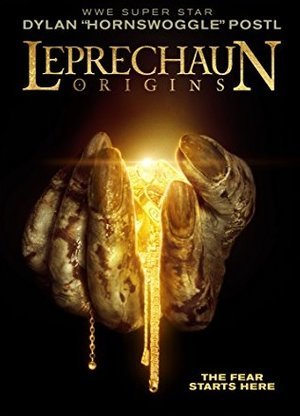 Released in 2014, Origins is the seventh film in the Leprechaun series, starring Dylan Postl in the title role, alongside Stephanie Bennett, Brendan Fletcher, Melissa Roxburgh, and Gary Chalk.

Four friends, Sophie, Ben, Jeni and David, are on a vacation in Irish countryside, where they encounter a gold-lusting monster who wants to take their lives.

Origins has the examples of: