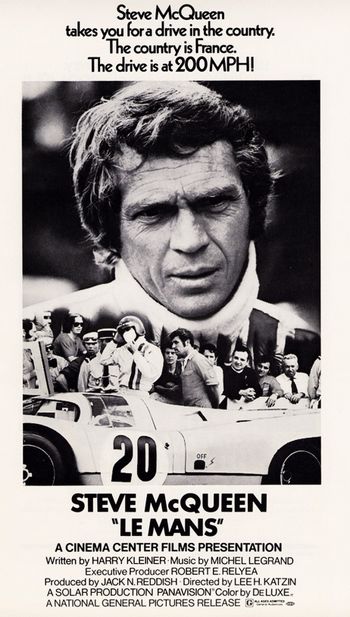 Le Mans is a 1971 film directed by Lee H. Katzin with a soundtrack by Michel Legrand.

Steve McQueen stars as racing car driver Michael Delaney, who has gotten into a serious accident at the 24 Hours of Le Mans race (hence the title). He seeks to prove himself at the next Le Mans and defeat his arch rival Eric Stahler.