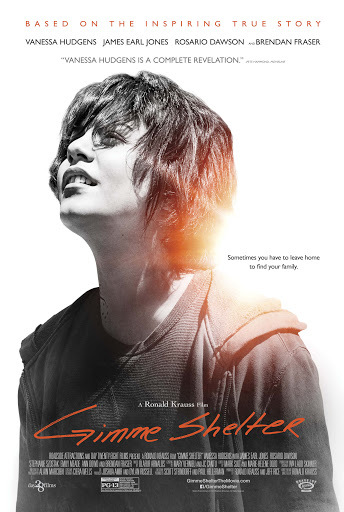 Sometime you have to leave home to find your family.
Advertisement:

Gimme Shelter is a independent drama film written and directed by Ronald Krauss, which was filmed in 2011 and released on 2014. It stars Vanessa Hudgens, James Earl Jones, Rosario Dawson, Ann Dowd, and Brendan Fraser.

It tells the story of a pregnant teen named Agnes "Apple" Bailey (Hudgens) who longs to escape her abusive, drug-addicted mother (Dawson) and seek help from her absent, wealthy biological father (Fraser).