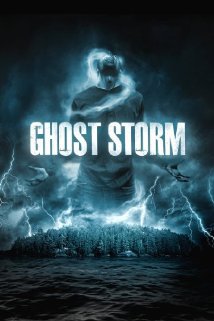 Ghost Storm is a 2011 horror movie about a small island community attacked by a violent electrical storm fueled by the restless spirits of a mass suicide. It's up to Sheriff Hal Miller to save the town.