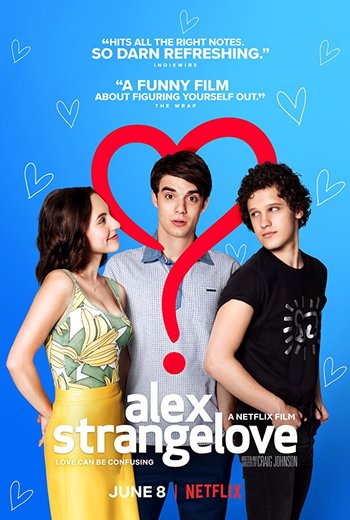 Alex Strangelove is a 2018 Coming of Age witten and directed by Craig Johnson.

The movie focus on Alex Truelove (Daniel Doheny), a neurotic but affable teenager who falls in love with a girl named Claire (Madeline Weinstein). After months together, the two make a promise to lose their virginity together before graduation, but things get more and more confused to Alex when he meets Elliot (Antonio Marziale), an openly gay teen that charms him.