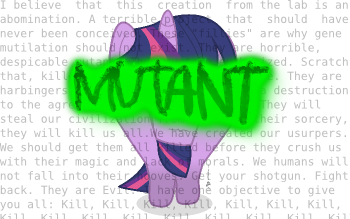 But I only have a rifle!
Advertisement:

is a My Little Pony: Friendship Is Magic Fanfic written by Romaji. The year is 2025. A laboratory experiment created the mane six 5 years ago. It's been a secret for five years now. But now, the world will know of all their hard work. The world will know of these loveable, cute and smart fillies and their benefit to the future of mankind. Sadly, not everyone sees the potential.

Please be warned about First-Episode Twist that is unavoidably spoiled.