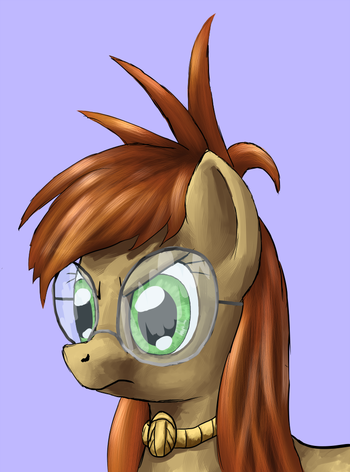 During the events of Canterlot Wedding, Discord's prison is temporarly weakened. Never one to waste such a chance, he reaches across dimensions to find an agent of chaos he could unleash upon Equestria. His spell finds Agatha Heterodyne, a heroic Mad Scientist and copies her mind into a new pony body. Unaware that she is not the real thing and blaming her predicament on her criminally insane mother, Agatha starts discovering Equestria, trying to make sense of this new world.

Compare and contrast the author's other work, Sparkgate: Agatha and the Grasp of the Serpent God.