Fanfic / Bravely Tangled Up with Dragons 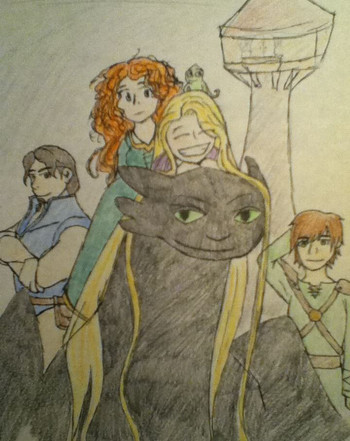 made by x-X-The D'Arch Angel-X-x, and a three-way crossover between Tangled, Brave, and How to Train Your Dragon.

The day before Hiccup's final dragon training test, Astrid never finds him in the woods. He suits up, packs up, and heads for the sky. Across the ocean, Princess Merida runs away, wishing for anything in the world to change her fate. A hop, a skip, and a boat ride away, Rapunzel with her magic hair just can't wait to be finally free.

There are about 12 chapters as of yet, and it dormant right now.