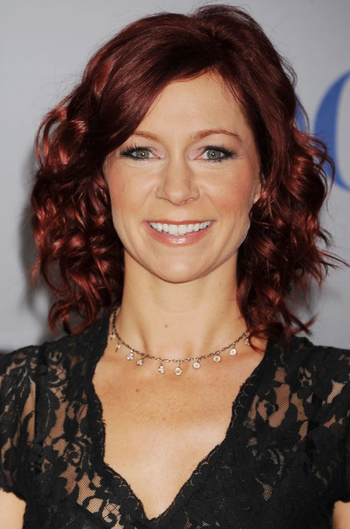 Carrie Preston (born June 21, 1967 in Macon, Georgia) is an American film and television actress, producer and director. Carrie is perhaps best-known for her roles as Arlene Fowler on True Blood, and on The Good Wife, which earned her the Primetime Emmy Award for Outstanding Guest Actress in a Drama Series. She's also directed many indie movies, and is married to Michael Emerson.