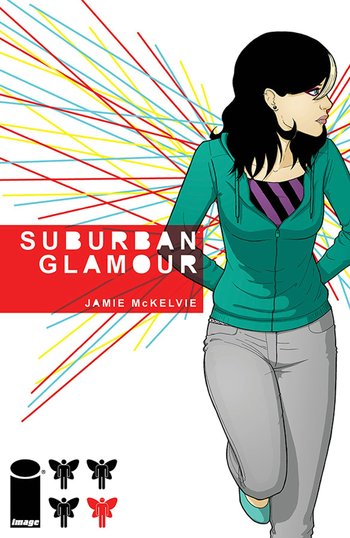 Suburban Glamour is a 2007 mini-series created by Jamie McKelvie, the co-creator of Phonogram and The Wicked + The Divine.

It tells the story of Astrid Johnson, a teenager living in the quiet English town of Lanbern. Astrid longs for excitement in her life, but she is constantly misunderstood by her parents, her teachers are annoying, and nothing exciting happens in town. All that changes just before her 17th birthday, when her childhood imaginary friends re-appear in her life, a new shop opens in town, and Astrid learns a major secret about herself.

Jamie McKelvie has stated that due to his growing workload, it's unlikely he will make a sequel.