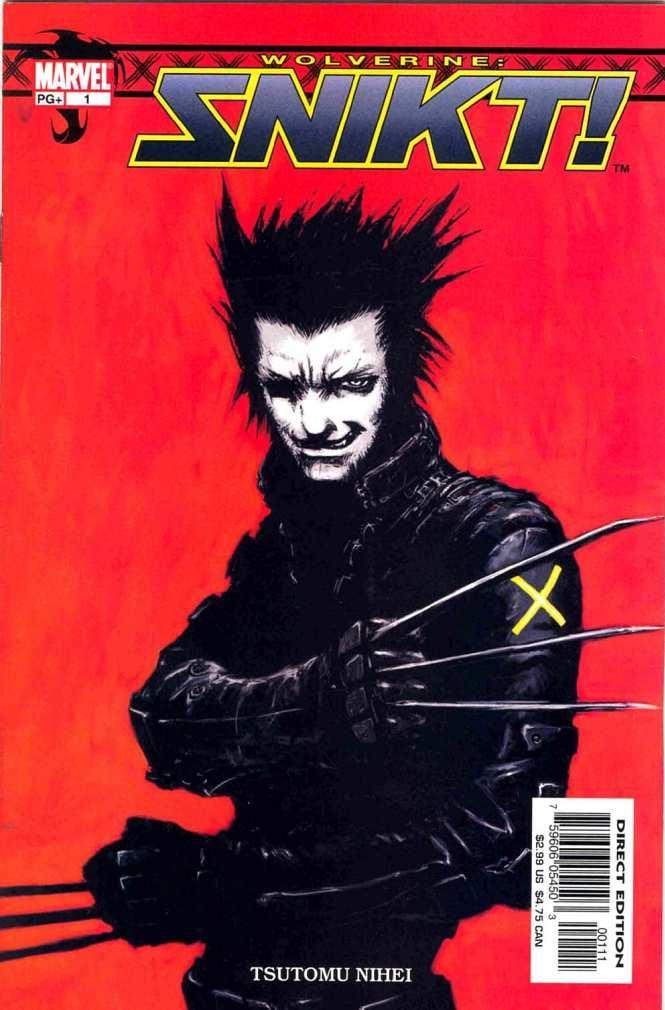 Wolverine: Snikt! is a comic book written and drawn by Tsutomu Nihei, and published by Marvel Comics. It lasted for 5 issues (July-November, 2003).

Wolverine is minding his own business, thank you very much, until a strange girl who introduces herself as Fusa drags him over fifty years into the future, to the hellish world of 2058.

There, she explains, humanity is all but extinct thanks to the invasion of creatures known as Mandates. The Mandates are nearly impossible to kill, and their cores, their one weakness, are invulnerable... But not to adamantium. For that reason, she's gone to ask Wolverine for his help in defeating them, for the sake of saving what's left of humanity; Wolverine concedes to help.