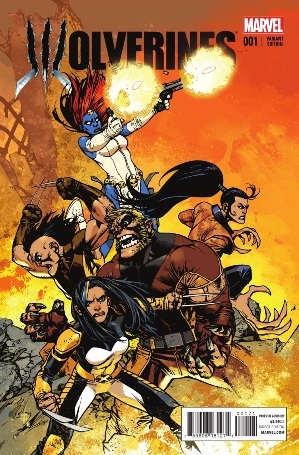 Although Wolverine is dead, his influence continues to be felt by his friends and enemies. The surviving experiments from Paradise have joined forces with four of Wolverine's enemies (and X-23) to recover Logan's adamantium-encased body in hopes that his Healing Factor is the key to fixing the genetic timebomb engineered into them by Paradise, which could kill them at any time. The Wolverines themselves have agreed (read: been coerced) into helping by the means of four trigger words implanted in them sometime in the past by Dr. Cornelius, as Shogun, leader of the Paradise crew, promises to purge the words from them upon securing Logan's remains.