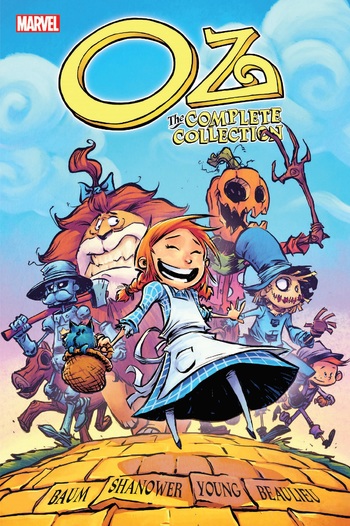 Oz is a Marvel Comics adaptation of L. Frank Baum's Land of Oz books featuring art by Skottie Young. The series covers the first six books (with the sixth book being Baum's original intended ending of the Oz franchise): The Wonderful Wizard of Oz, The Marvelous Land of Oz, Ozma of Oz, Dorothy and the Wizard in Oz, The Road to Oz, and The Emerald City of Oz.

Not to be confused with the HBO series OZ.