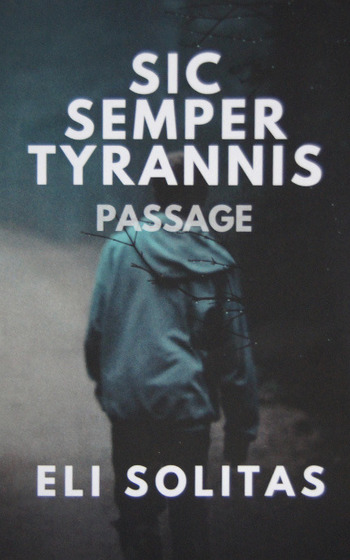 It begins with the passing...
Advertisement:

Sic Semper Tyrannis is a series of independently published books by Eli Solitas.

Four strangers in a turbulent climate are thrown into a cosmic plan far larger than themselves. A rebel soldier has just discovered that he lacks the ability to die. A wandering pariah in Patria watches as sickness spreads from the south. A wounded young apostle from the southwest sets off to a world they do not understand. A world-weary smuggler strikes out with a gun, a plan and the weight of the world on her shoulders.

They’ve all got secrets. Everybody is afraid these days. The world is changing. This will not end well. Trust is not easily obtained, and between the tyrannical rule of ancient dynasties, the sinister practices of postmodern cults and communes and a timeless class struggle that might tear the whole system apart, things are collapsing from the bottom up.

Little do these four strangers know, they are the first of many.