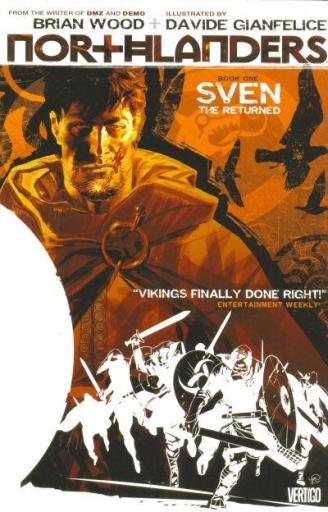 Northlanders is a comic book series featuring fictional stories about Vikings set in different historical periods. Most of the stories take place outside of Scandinavia.

It's written by Brian Wood of DMZ fame and illustrated by various artists for each storyline. Cover art is painted by Massimo Carnevale. The first issue of the series was published on December 5, 2007. (The publication date was "February, 2008").

Northlanders is characterized by medieval subject matter and themes handled in a modern way. The dialogue is modern, replete with modern euphemisms and foul language in a manner reminiscent of HBO's Rome. It is extremely gritty and violent — as it should be, considering the subject matter. Despite the modern take, it is fairly historically accurate.