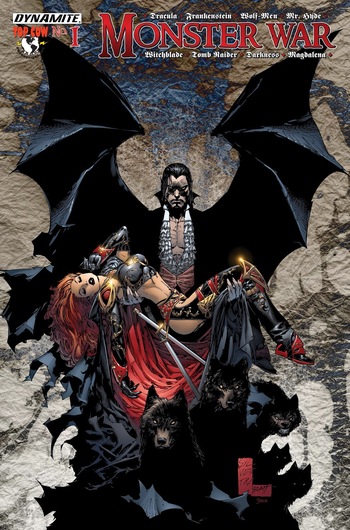 Monster War is a 2005 four-issue miniseries from Top Cow Productions (reprinted later under Dynamite Comics) written by Christopher Golden & Tom Sniegoski and drawn by Joy Chin. Its an crossover event pitting its flagship characters Witchblade, The Darkness and the Magdalena, alongside its guest star Lara Croft against the classic horror monsters such Dracula, Frankenstein's Monster and the Wolfman with Mr. Hyde leading them with the intent to unleash hell on Earth.