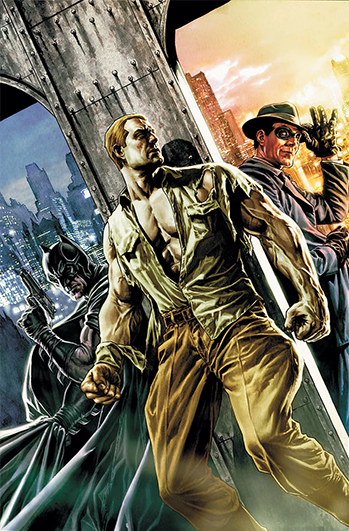 A pulp reimagining of The DCU, launched in 2009 with Batman/Doc Savage Special #1. Written by Brian Azzarello, the First Wave universe features reimaginings of classic DC heroes interacting with classic pulp fiction heroes. Notably, no one has superpowers; everyone either is a Badass Normal or has a Charles Atlas Superpower. The setting itself is an intentional Anachronism Stew of Tommy guns and jet planes, dirigibles and Ferraris, computers and walkie-talkies. There will, apparently, also be jungles.

The principals of First Wave are: