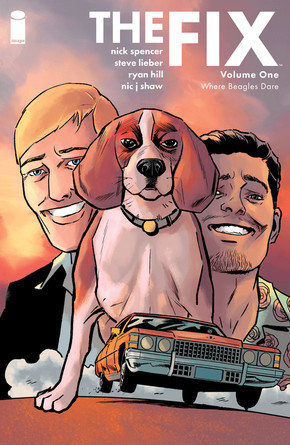 From the mind of Nick Spencer and Steve Lieber, previously the creators of The Superior Foes of Spider-Man, comes a story of the crooked cops, scheming mobsters, and corrupt politicians that run things in Los Angeles—and the sex toy that can bring them all down. Oh, and the hero is a drug-sniffing beagle named Pretzels. Bad people do bad things to each other in this frenetic, outrageous, sometimes off-putting new caper!

The Fix provides examples of: