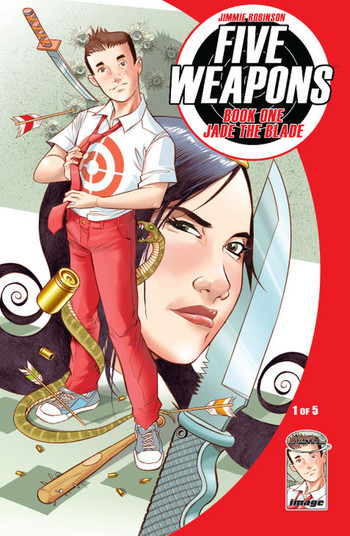 "I bet 90% of you are asking how did I get in this situation? But 10% are thinking how will I get out?"
—Enrique
Advertisement:

In a world where assassins are the celebrities of the highest honor, Shainline, one world's deadliest assassins, finds out his worst enemy is about to come to his town. To protect his family, he has his servants masquerade as them while they go into hiding. This includes having their son, Enrique, go to the School of Five Weapons and pretend to be their son, Tyler.

Launched in February 2013, the series was cancelled after only ten issues, forcing the story to a quick conclusion and leaving a number of developing plotlines unfinished.