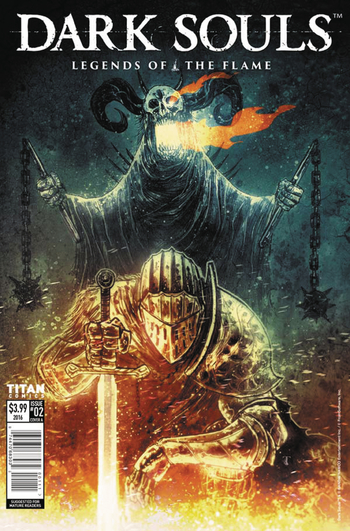 Dark Souls: Legends of the Flame and Tales of Ember are a pair of comic book anthologies containing short stories based on the Dark Souls-games. The comic is published by Titan Comics. While the stories are not connected to the games directly, they are based in the universe of the games.

The anthology was generally better received than the less popular Breath of Andolus, and came out in September 2017.

Legends of the Flame provides examples of the following tropes