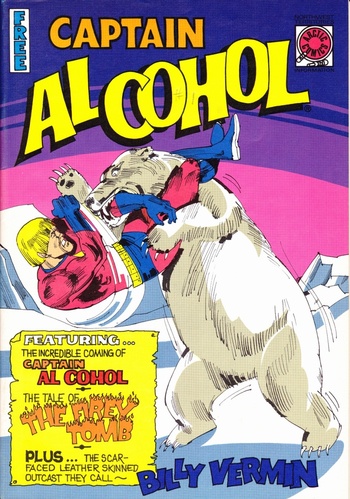 Captain Alcohol is an obscure Canadian superhero comic. It was created by the Canadian government to discourage alcohol use in the North West Territory, and it lasted four issues. In the actual story, Captain Alcohol is an alien from the planet Barkelda. However when piloting a space ship, he crashed on Earth (specifically the North West Territory). He decided to become a superhero, but finds his alcoholism is interfering with his heroic acts.