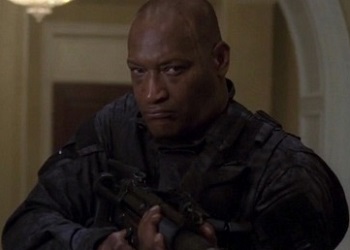 The genocidal dictator of Sangala after taking over the country in Redemption, he attempts to force the US to give up their attempts to remove him from power. When this fails, he attacks the White House.

Juma's right hand man, who Juma sent to the US to try and force the US government to withdraw troops from Sangala. However, his loyalty to Juma is questionable, as he has his sights on an American girl.

A mercenary leader who recruited Tony.