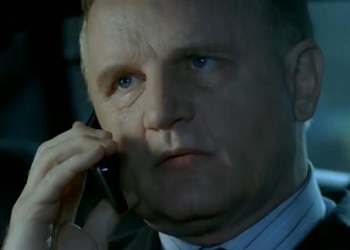 "There is nothing more dangerous than a wounded animal."
Played By: Nick Jameson

President of the Russian Federation. He was married to Anya Suvarov. The Suvarovs had a strong relationship with American President Charles Logan and First Lady Martha Logan prior to Day 5, when they signed an Anti-terrorism treaty between their countries.

President Suvarov also aided CTU Los Angeles when it was discovered that the Russian consul in L.A., Anatoly Markov, was withholding information regarding Dmitri Gredenko and the terrorist acts of Day 6. Despite some initial diplomatic clash with U.S. Vice-President Noah Daniels, Suvarov ordered the questioning of Markov by Jack Bauer.

Some time later, Suvarov turned out to be the mastermind behind a plot to assassinate IRK President Omar Hassan in an attempt to derail peace accords between Hassan and U.S. President Allison Taylor, which would eventually weaken Russian influence on the IRK. Suvarov was also the person responsible for authorizing the murder of Renee Walker.

The wife of Russian President Yuri Suvarov, and the First Lady of the Russian Federation. She was well acquainted with President Charles Logan and First Lady Martha Logan. 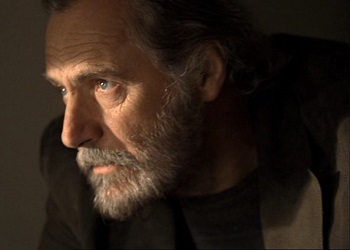 An Ex-Soviet General who wanted to establish Russia as a superpower again by manipulating the US and the Middle East into destroying each other, using Fayed as a scapegoat.

The Russian Consul and a close friend of Demetri Gredenko.

The Russian Foreign Minister during Day 8. He was a key conspirator who helped the Kamistan splinter cell kidnap and execute Omar Hassan in order to derail the Kamistani peace treaty.

A Russian covert intelligence operator active during Day 9. Stolnavich used his cover as a foreign minister in London to gain access to information as well as political influence. He had been good friends with Mikhail Novakovich before the latter's assassination during Day 8. 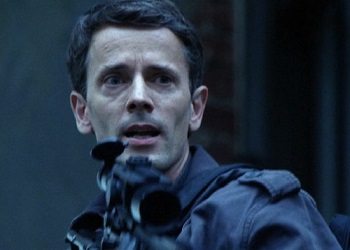 The diplomatic attaché and secret assassin working with Mikhail Novakovich and later Charles Logan and Jason Pillar during Day 8.