The Chinese president during the events of Live Another Day.

The Chinese consul in Los Angeles.

Played By: Tuyen Do

An associate of Audrey Bodreau who works for the Chinese Embassy in London. 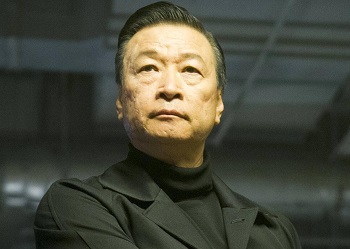 "China turned it's back on me. It's not my country anymore."
Played By: Tzi Ma

Head of Security at the Chinese consulate in Los Angeles. When Consul Koo Yin was killed during a raid on the consulate, Cheng was appointed by Deputy Consul Su Ming to lead the investigation. Cheng eventually learned from Howard Bern that Jack Bauer was behind the attack on the consulate and captured him at the end of Day 5. He was responsible for the torture of both Bauer and Audrey Raines. His acquisition of the Russian FB subcircuit board sparked an international incident between the United States and Russia.