Founder and leader of Team White. 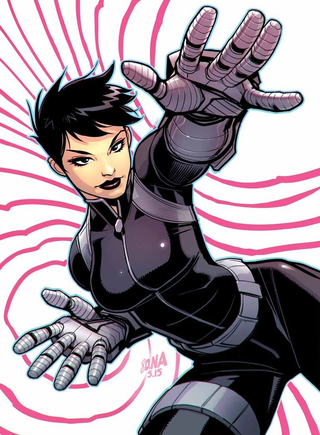 The daughter of Mister Hyde. She possesses the power to create earthquake-like vibrations. 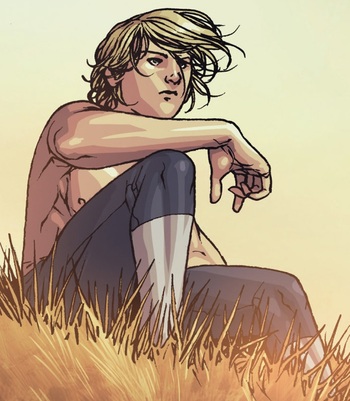 The son of Ares. He possesses the power to instill fear in others, and has limited pre-cognition. As a member of the Olympian race born of a mortal woman, he has the potential for far greater "god-like" powers not unlike his uncle Hercules, but his "mortal" body must die first. This occurs when he is stabbed through the chest and killed by Gorgon. 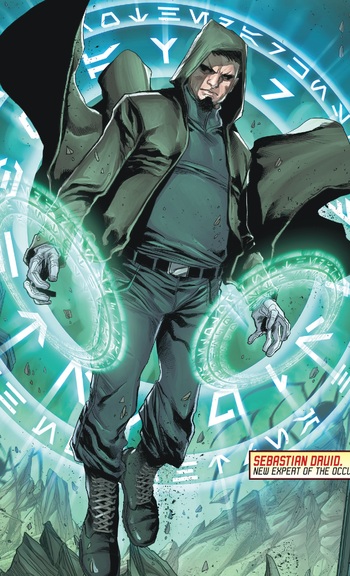 The son of Doctor Druid who has inherited some of his father's skill with magic. He is soon seen as a liability, and Fury dismisses him from the team. It is later shown that Fury in fact put Druid through "Boot Camp", assigning John Garrett to get him in shape and boost his confidence. 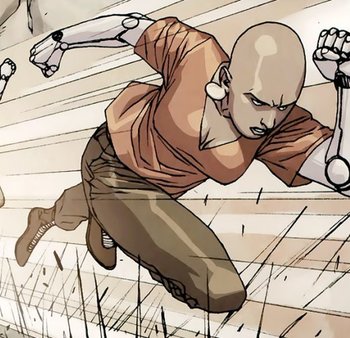 The daughter of the Griffin. She can run at superhuman speed and bounces back to the point where she began running. She was recently injured severely, with both of her arms severed by the Gorgon, and was temporarily unable to remain active with the team. However, both arms have now been replaced with technologically advanced prosthetics that afford her some superhuman strength in her hands and she has returned to active duty. During combat she is often seen fighting with a retractable javelin. 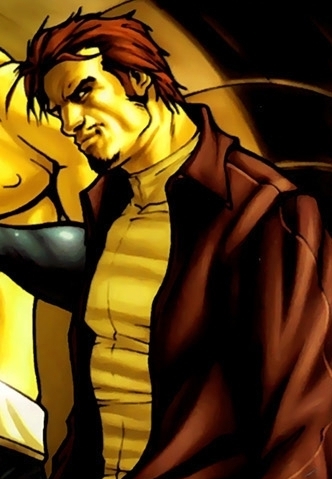 Born James Taylor Slade, the grandson of the Phantom Rider, is able to charge items (notably a chain) with fire and unleash a devastating attack. During New Avengers, J.T. is shown as one of the possible replacements for the title of Sorcerer Supreme, showing great magical potential. In issue 16, J.T. is discovered to be a double agent with Hydra, directly with Baron von Strucker. During the fall of Gehenna, Nick Fury tells J.T. that he knows he is a traitor and lets him fall to his death, avenging Alexander. 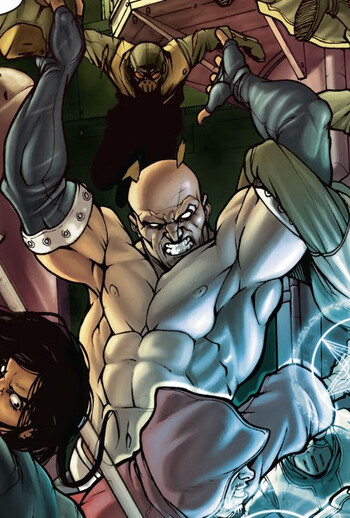 Stonewall, who has been bailed out of jail by Daisy Johnson, where he was being held for hitting a police officer. He possesses superhuman strength and an ability to increase his size, while his skin appears to take an appearance resembling stone. In issue 9, he demonstrated the ability to change the composition of his skin, by turning it into metal after getting Ares' axe swung into his chest. Very little had so far been revealed about the character but, in issue 12, it was revealed that his father is Carl "Crusher" Creel, The Absorbing Man. He tries to tell Reed Richards his real name at one point, but is cut off after saying "Henry". 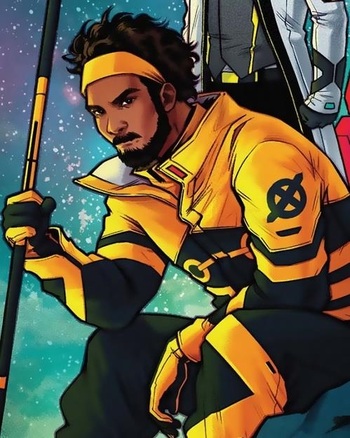 A mutant of Australian aboriginal descent with the ability to bend reality and twist space-time for teleportation. Previously under the care and training of the mutant Gateway. Nick Fury initially attempted to recruit him to another one of his "Caterpillar" teams, but Gateway refused. As of the MARVEL NOW! relaunch, he has joined the Avengers under the name of Manifold. Recently joined S.W.O.R.D..