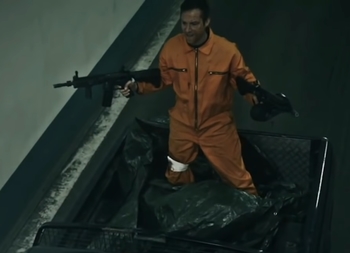 "Got any more guns?"
All spoilers below are unmarked, so be warned!
Advertisement: