Anime / The Adventures of Mini-Goddess 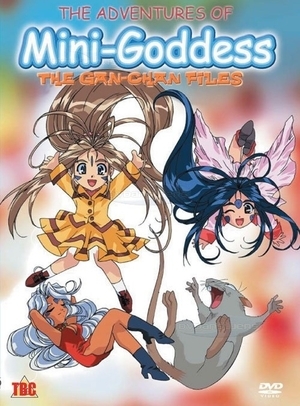 The Adventures of Mini-Goddess•  (Japanese title: ああっ女神さまっ 小っちゃいって事は便利だねっ – or Ah My Goddess! Being Small Is Convenient) is a Gag Series based on the Ah! My Goddess manga series – specifically the random 4-panel comics that appeared between early chapters of the series. Features the exploits of Fun Size copies of the goddesses and a long-suffering rat named Gan. The anime by OLM Incorporated aired 48 7-minute episodes between 1998 and 1999.

The series was dubbed into English and released on DVD by Pioneer (who also handled The Movie) in 2002, but fell out of print upon the company's 2007 shutdown.