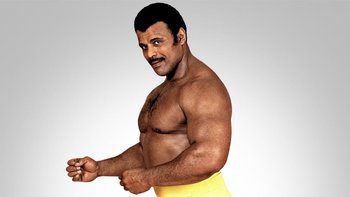 Although he initially trained to become a boxer (sparring with the likes of Muhammad Ali and George Foreman), he soon switched to professional wrestling in 1964, taking the ring name "Rocky Johnson". He initially wrestled for the National Wrestling Alliance, winning a number of tag team regional championships, before moving on to WWF in 1982. In 1983, he won the World Tag Team Championship alongside Tony Atlas, making them the first black WWE champions.

He was married three times in his life, most notably to Ata Maivia from 1978 to 2003, a member of the Samoan Anoa'i wrestling family. He had three children, the best-known of which is Dwayne Johnson.