What The Hell Hero / Ultimate Marvel 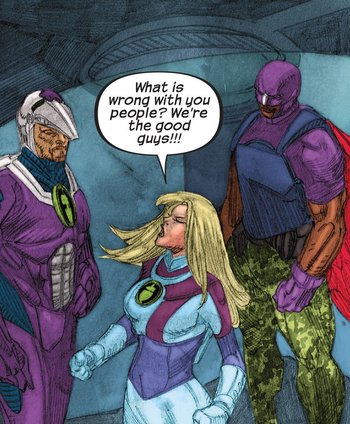 Examples of What the Hell, Hero? from the Ultimate Marvel comics.