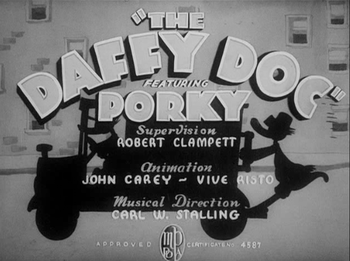 The Daffy Doc is a 1938 Looney Tunes cartoon, directed by Bob Clampett and starring Porky Pig and Daffy Duck.

Daffy works at a hospital as a surgical assistant to Dr. Quack. When he gets thrown out of the operating room for fooling around, Daffy decides to prove himself by finding his own patient to operate on... and Porky Pig just happens to be walking by the hospital.