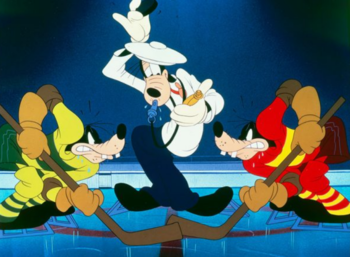 The short features two teams, the Moose and the Pelicans (or is it the Loose Leafs and the Anteaters?) playing a game of hockey that grows increasingly violent.

This short is (in)famous for its utterly bizarre climax and is often regarded as one of the funniest Disney cartoons ever.