is an action fantasy webcomic that started in late 2019.

It stars the titular character, Sparky and his quest to save the Sugar Kingdom from the new queen, Snowcone, whose mom has supposedly died. Can Sparky bring peace and happiness to the kingdom or will it fall to ruins?

It can also be found on The Duck Webcomics. 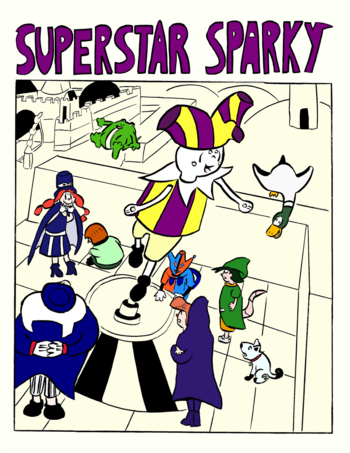