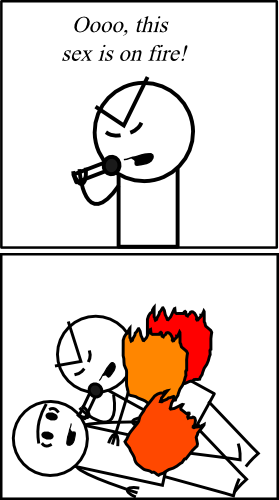 Positivity is a Gag-per-Day Stick-Figure Comic by "Manga"note Known as Manga Maniac on this site that mainly either parodies certain works and phrases or does something painful to its cast. While a lot of the comics are standalone, there are certain recurring characters:

The comic is located here

and is hosted by ComicFury, but is also mirrored on two forums that the author goes to.