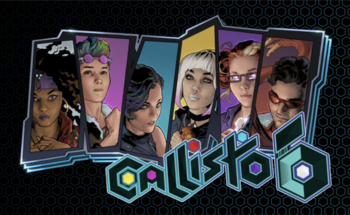 WHAT IS CALLISTO 6?
The year is 2119 and the place is Los Angeles, a post-cataclysmic city that is now largely controlled by the corporations that rebuilt it. Struggles between the surviving families of "C-Day" and the corporate buyouts of what remains of their home leave them with a city that is filled with tension just brimming below its polished shell. From various walks of life come six heroes whose destinies are intertwined.

And Eric C. Campbell as our GM. The show is on Geek and Sundry’s Twitch channel every Friday at 4:00pm PST.